Periods for most women are a fact of life. Whether you get your first one at 12 or 20, you’ll likely have regular periods till menopause. Whether we like it or not, our bodies start to do weird stuff to prepare for babies, and we’re simply passengers along for the ride. Even if we have no intention of birthing an actual human, our uterus tends to throw a temper tantrum each month in protest of the lack of child-growing we mentioned above.

At least these days with a bit of chocolate, some pain killers and some period protection we can face each day almost like it’s not happening. Well, except if you’re me, and have bouts of hysterical crying if you’re to accidentally watch a YouTube video of an old rescue dog finally being adopted. My poor bleeding heart (get it?) can’t take it. Anyway, I digress. But what happened in previous times before tampons, pads or leak-free underwear?

This Is What Women Used For Period Protection Over The Years…

Truthfully, we don’t know all the deets of how periods were handled in most historical times. It doesn’t help sources from then were predominately male. I mean, men can’t be trusted with a text back, or a sonnet in those days, let alone information on the female anatomy. It doesn’t help these same men were also responsible for starting some of the most bat-shit crazy rumours do with women’s periods, either.

For instance, in Ancient Rome, men believed menstruating women were considered to be dark witches. I mean, I can act like a witch when it’s that time and I’m hangry, but come on! In Mayan mythology, periods were believed to be a punishment to women because the Moon Goddess — who represented women, sexuality, and fertility — disobeyed the rules by getting it on with the Sun god. You do you, sis! My favourite is this quote from this hectic guy called Pliny The Elder, who wrote one of the first encyclopedia’s of natural history.

“Contact with the monthly flux of women turns new wine sour, makes crops wither, kills grafts, dries seeds in gardens, causes the fruit of trees to fall off, dims the bright surface of mirrors, dulls the edge of steel and the gleam of ivory, kills bees, rusts iron and bronze, and causes a horrible smell to fill the air. Dogs who taste the blood become mad and their bite becomes poisonous as in rabies. The Dead Sea, thick with salt, cannot be drawn asunder except by a thread soaked in the poisonous fluid of the menstruous blood. A thread from an infected dress is sufficient. Linen, touched by the woman while boiling and washing it in water, turns black.”

I’m putting it out there that this is the historical version of today’s “nice guy”. Who, after being politely turned down for whatever reason, responds by sending 40 rage-fuelled explosive texts slut-shaming you, just because you weren’t interested in pursuing anything further with them. Dude had more issues than my sketchy ex-boyfriend.

On the other hand, there were those crazy cats in Medieval Europe who believed periods were powerful stuff and could heal things. Hildegard von Bingen, a female polymath nun who published music, poetry and medical texts, thought period blood was a cure for leprosy. Then again the french believed that a baby born from period sex would be “puny, languid, and moribund, subject to an infinity of fetid maladies, foul and stinking”. What we can learn all of this ? No-one had a bloody (Ok, I’ll stop!) clue what was going on.

Despite all this, periods happened. It was a fact of life. And although we suspect periods were probably lighter due to a higher chance of malnourishment, they were still there. So, what was a girl to do back in the ages when their uterus continued to punish them by not giving them a baby? Here’s what we know;

As mentioned above, we don’t know what went down, exactly. But we can assume it’s likely women used clothes and rags that they washed and wore them like a diaper. In Ancient Egypt, there were tails of tampons being made of papyrus or wooden sticks wrapped in lint.

In the Middle Ages and Early Modern Area, we think rags or other absorbent materials were used, hence the slang “on the rag”. Many medieval European women in these times just bled into their clothes. Uncomfortable, much? Also, during in medieval Europe, women were known to carry around sweet-smelling herbs on their necks and waists, hoping it would hide the odor of blood. They also tried to stem a heavy flow with medicines like a powdered toad. Sounds delicious!

During Biblical times women on their periods apparently gathered in red tents, told stories, engaged in drunken debauchery and generally just got weird. From this information, I can a hundred percent conclude that these ladies were my ancestors, and it’s my destiny in life to continue their legacy.

Today we have many options for period protection. Whether it’s pads, tampons, menstrual cups or leak-free underwear, such as our super comfy Bambody range, you’re bound to find something that works for you. Times have changed and although we no longer have to bleed into our clothes, or pay for our products with a secret box, why do periods still feel like a taboo subject in 2019? It’s up to every single one of us to have open conversations about a very normal fact of life.

If you’d like to know more about any of our products, please get in touch today, to see what we can do for you! 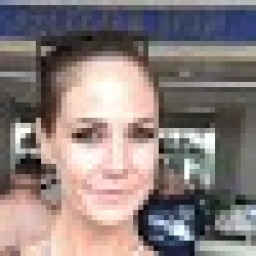